Posted by Automagically imported from Blogspot on August 8, 2010 in Uncategorized | 2 comments 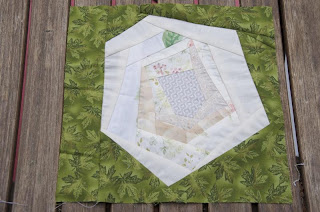 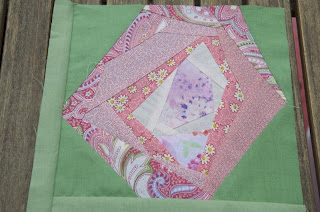 Here are my two rose entries.

After a bit of a struggle with adding the green, I came across a pretty good way to do it. I used a paper bag for the template and after I had finished the rose, I laid it down on the template and traced around it. I then folded on the line where the green would go (the triangle part and it made a pattern of sorts. I placed that on a corner of the green and then cut leaving a seam allowance. Does that make sense? It worked well for me. I was planning on cutting the paper and making an actual pattern, but was too lazy to cut more templates. I had to add some sides because for some reason when I was trimming I was thinking 9″ not 9.5″.