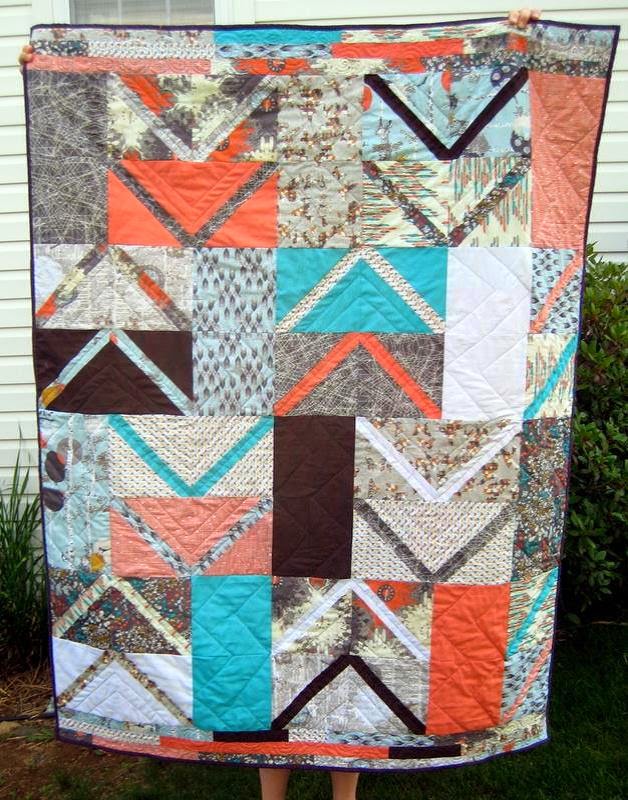 While I was catching up on blog-reading this weekend, I came across the Point Me quilt tutorial that Jessica created for Julie’s Intrepid thread.  You can find the tutorial here:

A Quilt Tutorial and a Sale

If you have made this month’s block (or even just looked at the directions), you already know how these blocks are constructed–a diagonal cut through a background square and an inserted contrasting fabric. Pairs of blocks are arranged to form point shapes.

So that led me to ask that “What if” question.

What if you made spokes blocks with only one, two of three of the spokes added?   Those blocks might look something like the blocks below … which are really in-progress photos taken from the red monochrome blocks I made for my Rainbow Scraps Challenge version of the Mod-Mod Sampler.

I kind of like those skinny X’s and could see more of those in my future.

In that way that playing around with an idea can lead to another idea … I also made a couple of blocks that have scrappy 4-patches as the background.

Because I was starting with four squares of background, I assembled it by adding the horizontal and vertical insertions, THEN made the diagonal cuts and insertions.