Posted by Automagically imported from Blogspot on October 23, 2011 in blocks | 5 comments

Here’s my first block for the October Block Lotto.  It’s a sleeping Roly Poly Owl.  You can find the tutorial at:    http://tulip-patch.blogspot.com/2011/08/gobaby-tutorial-roly-poly-owl-block.html   It is made with Drunkard’s Path blocks. 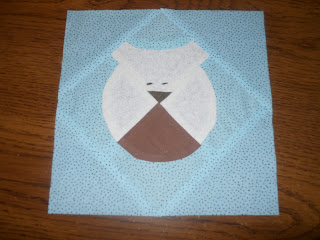